Reasons for a New Roof

Aside from the need to upgrade worn out features, two of the biggest reasons owners put money into remodeling are to increase the home’s value and to improve their enjoyment of the home.

The first-ever “Remodeling Impact Report” looks at the resale value and customer satisfaction of 12 interior and eight exterior projects. The projects range from upgrades (a new HVAC system) to full-scale remodels (a new master suite). Members of NARI reviewed specs and provided cost estimates for each project. 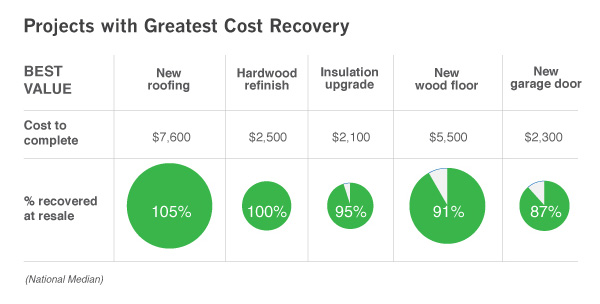 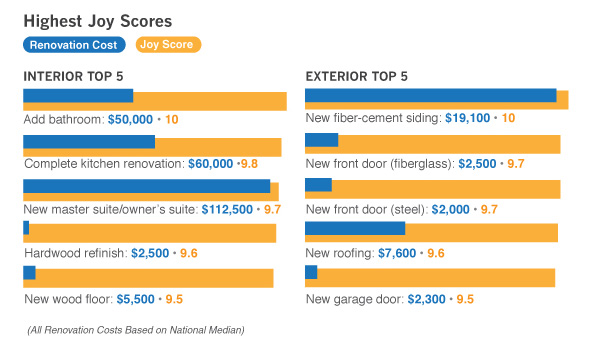 By contrast, owners who had actually completed one of the 20 home improvements being tracked in the study were asked how much the work increased their sense of happiness at home.  With one exception, it was the big-ticket items that brought the greatest sense of joy.

The resulting data was used to calculate the “Joy Score,” which combined the share of respondents who reported they were “happy” and “satisfied” when seeing their completed project and divided the share by 10 to create a ranking between 1 and 10. Higher Joy Scores indicate greater happiness from the project. Here are homeowners’ top five: